Events You Hope You Never Have To Plan

That's the situation I found myself in when I found out that a friend of mine had been hit head-on by a drunk driver with the impact of a 100 MPH crash. Her car landed upside down in a ditch where she hung held only by her seatbelt for 45 minutes as first responders extricated her from the vehicle. Hanging upside down actually saved her life. She was not expected to survive. She broke both legs, her hip was shattered and detached from her spine, one wrist and her other arm were broken. She had 3 ribs broken and a broken bone in her sternum (manubrium). They didn't expect her to walk again. Most people don't survive her injuries and she did have three transfusions.

Her job as a hairdresser requires the ability to stand for long periods of time and use of the arms and wrists equally if not more important. Even after six months, the future is uncertain as to when she'll be able to go back to work.
My efforts alongside those of several of other friends has been focused on planning a fundraiser. It's not like I haven't planned these types of events before. The difference is that there's an added sense of desperation when you know the person who has been hit by a drunk driver. My husband and I were also hit by a drunk driver in 2006. I have an added sense of anger. I don't know where it came from, but it felt like since we were victims that that was enough. That isn't realistic because I'd had friends injured and killed throughout my life by drunk drivers. 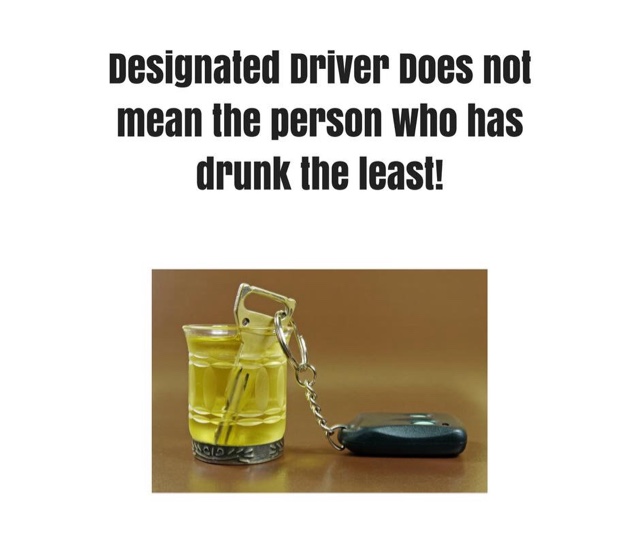 The truth is this. We have to get it through people's heads that choosing to drink and then drive is not going to contribute to an accident. In reality, it's contributing to an assault with a deadly weapon. It's contributing to many losses with death being the worst among them. Survivors face losing everything from a job, their health, their finances, relationships and being able to enjoy life as they did before because of pain. It's different for everyone and so much the same.
As for planning events, in Washington State and perhaps other states, a couple getting married are considered hosts of an event. They are financially liable if any of their guests cause harm, injury or death due to them consuming alcohol at a wedding. The same goes for a party at anyone's home. Insurance is available for events, but the biggest price is knowing that someone's life could possibly never be the same again in a very negative way.

There are shuttles, taxis, Uber, Lyft, limousines that take away all excuses for drinking and driving. It's not worth the risk. Many societies have zero tolerance for drinking and driving where they consume even more alcohol. We just have not accepted the responsibility as a society to put a stop to drinking and driving.
As a side note, did you know that a large percentage of people think of a designated driver as someone who has drunk less than themselves? A designated driver is someone who knows from the moment they go out their door that they will not drink any alcoholic beverages at all. If you find it difficult to tell someone not to drive after drinking, remember how much worse it will feel when you've lost a friend or heard that they injured or killed someone.
Wishing you the greatest of days!